A Guide to the Practice of Hatha Yoga 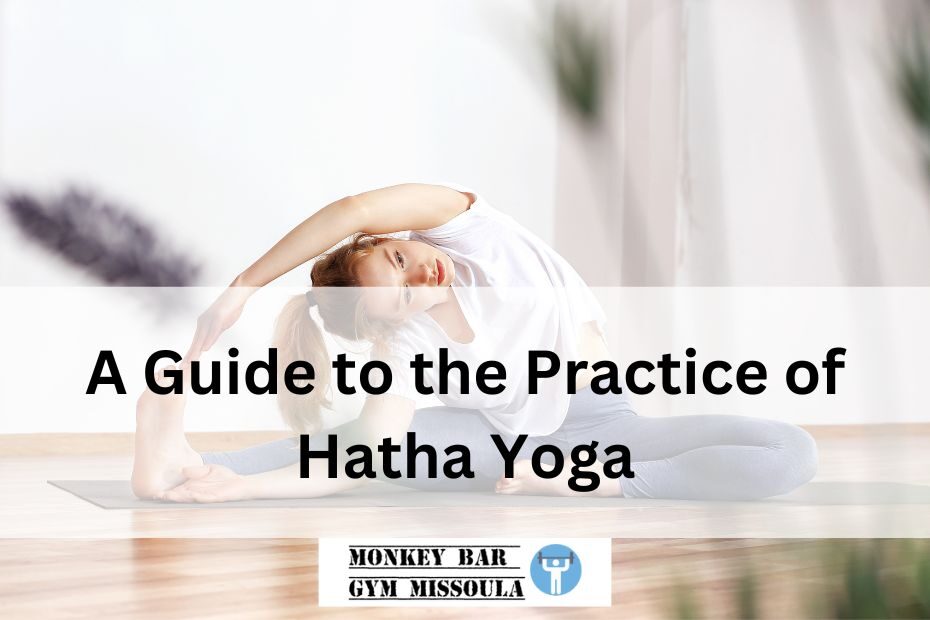 While perusing the class schedule for your neighborhood studio, you may have wondered, “What is Hatha yoga?” and “Is it good for me?” Hatha yoga has a long and illustrious history, and it continues to be one of the most common and well-liked types of yoga practiced all over the globe. Here is a brief history of the practice and an explanation of what you might anticipate learning during your first Hatha yoga session.

The phrase “Hatha yoga” is often used to refer to most of the yoga courses offered in gyms and other fitness studios, with the more specialized forms of yoga coming under the umbrella title “Hatha yoga.” Hatha yoga encompasses a wide variety of practices, including Vinyasa, Iyengar, Bikram, and Ashtanga yoga, each of which has its own foci and variants.

The word “Hatha yoga” is often used to refer to a kind of yoga practiced less strenuously in most gyms and studios. Hatha yoga is an excellent class for those new to yoga since it combines physical postures, also known as asanas, with breathing methods.

Although Hatha yoga draws on ancient techniques thousands of years old, the name “Hatha yoga” is mostly used in Western culture to refer to this kind of physical practice. Hatha yoga has a long and rich history that draws on these traditions. It is a great practice for yoga enthusiasts of any level, and since it moves at a more leisurely pace, you are free to go at your own speed and choose the amount of intensity that is right for you.

Who was the first to practice Hatha yoga?

Hatha yoga practice may be traced back to a select group of influential individuals. This new kind of yoga, known as Hatha Yoga, is documented in the Hatha Yoga Pradipika, which Swami Swatmarama published in the 15th century. The Hatha Yoga Pradipika begins with the physical practice of asanas rather than the more spiritual aspects of Yamas and Niyamas. He urged his followers to begin with physical activities because he believed it would be simpler for them to get control of their thoughts if they first gained control of their bodies.

However, it was the Indian scholar Krishnamacharya who was subsequently named the “father of modern yoga” when he built his famed Yogashala in Mysore in 1933. Krishnamacharya is credited with being the founder of modern yoga. The teachings that Krishnamacharya developed were yoga poses that he had learned from his father and the military exercises and wrestling maneuvers that he had seen while serving in the British Army. These were the foundations upon which we currently refer to as a contemporary Hatha yoga lesson.

The positions covered in a hatha yoga class are likely to change somewhat from week to week and from instructor to instructor, but they will almost certainly contain some of the ones listed below.

In the tree posture

In tree pose, you balance on one leg while the other foot rests on the standing leg. You then put your hands in prayer either at your heart or over your head. This is not only a fantastic way to stretch, but it is also a fantastic way to improve your balance and focus. Do you want an additional test? Try to maintain your balance while keeping your eyes closed; this is much more difficult than it seems.

The downward-facing dog is the ultimate stretch and one of the most prevalent postures in any yoga. You may engage your core and stretch your hamstrings, shoulders, and back muscles, as well as your forearms and lower back, all within the confines of a single posture. If you want to enroll in a regular Hatha yoga class, you should perfect the downward dog posture since it’s probable that you’ll be spending a lot of time in this position.

To achieve this position, you must lie on your stomach with your hands by your sides. Then, you will lift your head, shoulders, knees, and toes off the mat. It is an excellent posture for strengthening the muscles in the thighs, shoulders, legs, and calves, and at the same time, it compels you to pay great attention to how you are breathing.

My favorite, the triangle position, may be done in various ways, and your yoga teacher will guide you through all of them throughout the class. Each of them requires you to do a side strength movement from a standing position, either with your front leg bent or in a high lunge position. The longer you maintain this posture, the more stretch it will provide your legs, back, and shoulders. In addition, it will force you to use your abdominal and leg muscles more intensely.

There is no predetermined order of poses in Hatha yoga as in other types of practice, such as Ashtanga. Instead, teachers craft sequences to meet the class’s requirements and their own individual preferences. On the other hand, a sun salutation will almost always be performed at the beginning of your class in the vast majority of cases. Even these have a few different permutations, but generally speaking, the order goes as follows:

No comments to show.